The Release of The Seduction of Lord Sin

June 6th is rushing towards me and I’m so excited. This is my first full book, historical romance since 2019. A lot has happened over the past 2 years and I love that I have my muse back. 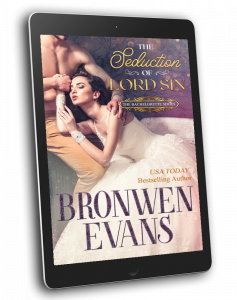 The Seduction of Lord Sin features two wounded souls. My heroine, widowed Lady Charlotte, who has never experienced love, is looking to fulfil a dream of having a child. Lord Sinclair (Sin) is trying to protect his shatter heart while still reaching for an heir.

As the song, How Can You Mend a Broken Heart by the Bee Gees says, LOVE—right?

Of course they both learn that getting what they want is so much better when the magical 4 letter word LOVE is involved.

Widowed Charlotte Dexter, Lady Clayton, married for duty as all good ladies are taught to do. Love is for the poets, not for the peerage. Now, with her elderly husband dead, it’s time to marry again. Charlotte wants—needs—children. Given she’s no longer a blossoming flower, her pool of likely husbands is growing ever smaller. She studies the current batch of Ton bachelors, those she knows are desperate for a wealthy wife, and decides to hold a party at her estate. The catch? This party is for men only, and at week’s end, one of her guests will be her fiancé.

Marcus Roberts, Duke of Sinclair, is all about duty suddenly finding himself the last of his male lineage. He agrees to accompany his friend to Lady Charlotte’s house party because finding a bride is imperative. Preferably a widow with children. His wife’s death in the arms of his brother destroyed his faith in love—he’ll marry for convenience only—he won’t trust so easily again. All he needs is a bride who he is sure can give him sons. Imagine his shock at learning the only woman at the house party is a widow who is rumoured to be barren. He should leave but as he gets to know Charlotte, suddenly the idea of any man marrying her stirs the jealous beast.

Still smiling, Charlotte stepped lightly down the corridor and as she drew closer to the music room, she could hear a piano sonata by Pleyel, one of her favorites. Sin had asked Flora once again. For a man who wasn’t interested in winning her hand in marriage, he went out of his way to ensure he turned her head. And he did.

When she walked into the room and saw him at the piano, she turned to stone. She couldn’t take another step, so engrossed in watching him. His eyes were closed, his head back, and it was like he was making love to the piano. He played beautifully.

His high cheek bones sculpted his face, making it a true thing of beauty. His parted lips spoke of heat and pleasure, while his long black eyelashes caressed his cheek and she wished she could look into his eyes. He must have heard her wish, for his eyes flew open on the climatic note and they darkened with heat the minute he saw her standing there.

She didn’t move until he finished playing. He sat back and flicked his fringe out of his eyes. “That was… That is, you are very accomplished.”

He slowly rose to his feet and swept around the piano. “For a duke, you were about to say.” She nodded, but still couldn’t move. Smiling, he self-deprecatingly admitted, “My mother employed a tutor for my sisters, and I may have snuck a few lessons. I love music. It lifts my soul.”

Her hand moved to her stomach. That is how she felt listening to his playing, as if her soul had lightened.

“Come,” he beckoned with his fingers and finally her feet moved as if she was his to command. “You must be hungry as you missed supper. Come and eat and tell me more about yourself.”

They sat on two winged-chairs set by the roaring fire. Her stomach twisted in knots, making her appetite flee. She took a piece of cheese and a glass of wine and sat staring into the flames—could she tell him?

They sat comfortably in the silence, both of them lost in their private thoughts. She wondered what was on his mind.

“When my uncle died several months ago, it made me the only living heir. His wife never gave him children. It made me hate my brother George even more, because his death and my uncles’ makes marriage an imperative for me and quickly. The two people closest to me, stole the luxury of choice as their final parting gift.”

She looked at him. What was he trying to say?

He looked back at the flames. “I selected Mrs. Mason because she already has two children. I can’t afford to end up like my uncle—childless.”

Charlotte understood. “You know she can provide you with a son.”

He nodded. “Sometimes I wish I had been born the second son. Arianna would have married George and they would both be alive today.”

“And you’d have your life back.” She could understand his wishing life was different. She wished it every day since her marriage. “I often wonder what my life would have been like if I had denied my father’s wishes. But I suspect I’d be a spinster with no money and no prospects of every marrying. At least Clayton provided for my future.”

“There is little choice for women of your breeding. We men do not skill young ladies with traits to make a living. Would you have found something else to do with your life?”

She thought about his question. “I would have liked to have traveled to Italy, to the opera, but I would not have had the money. I don’t really have any skills that I could use to make a living. Governess perhaps, or a nanny, as I love children.”

“I had planned to take Arianna to Italy. She’d always wanted to explore the world, never content with what she had, it seemed. I promised her a trip to Italy once our child was a few years old. I suppose I could always take my duchess to Italy after I wed.”

She laughed. “You make it sound like a chore rather than an exciting trip.”

He didn’t respond for a moment. Then he looked at her and said, “I might have been content if I had not come to this house party. If I were a selfish man, I would suggest something inappropriate.” When she said nothing, he continued, “Since you can’t have children, I may have suggested that you remain a widow, but become my mistress. Life has taught me to be more practical. You wouldn’t have a life alone—well, for most of the year, and we suit each other very well.”

Her mouth dropped open and Sin wished he could take the words back. This was not what she was looking for. For some reason, she wanted a husband. For a woman who couldn’t have children, Toobury would be the best option, as he had children for her to care for, children for her to love. As his mistress, she’d never be introduced to his children. “Since I’m not a selfish man, I would never make such an offer.”

“And as I’m looking for a husband, I would not bother answering such an offer.” 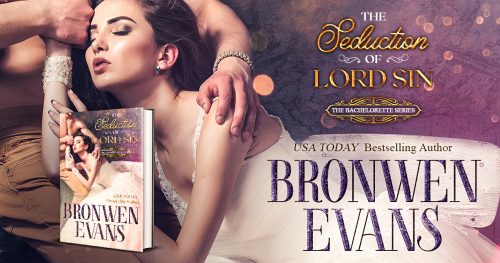 Home  »  Parlor Talk  »  The Release of The Seduction of Lord Sin