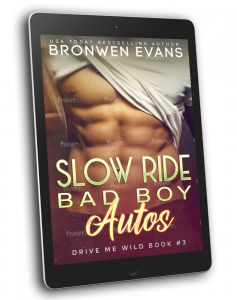 Marcus Black, the ex-Formula One world champion, battles daily with the pain from the injuries he received in his career ending crash. The only way he copes is with a regular diet of booze, pills and women. Rich, charismatic, and hot as sin, to others his life looks perfect. But one woman knows better. His Stella. His sexy as hell, long-term friend with benefits. Only one problem… She’s put an end to their arrangement just when he needs her the most.

Stella Perry has it all. A trust fund large enough to last several lifetimes and men who flock to her at the bat of her eyelashes. With parents who have married multiple times, marriage has never been on her radar—until now. But she’s made a huge mistake. She’s fallen for Marcus, her friend with benefits, a man who thinks LOVE is a dirty word. Her sole option is to walk away. Only now he needs her help to beat his opiate addiction. She’ll help, but then it really is over. Although his sexy smile and sinful body make keeping her vow to walk away virtually impossible…

“You didn’t join me in the shower.” He waited for the usual snappy, edgy reply, but it never came. He looked at her. His gut clenched as he watched her down her drink in one long swallow. “Why didn’t you join me in the shower? Why aren’t we in your bed right now? Neither of us brought a date to this wedding.”

“I need another drink.” She made her way inside, and he heard the ice cubes clank. Something was up with his Stella. His Stella? When had she become his Stella? He rose and followed her inside.

“Have you met someone?” Her back stiffened at his words, and for one moment he feared the worse.

He let out the breath he’d been holding. “Then what’s up?” She wasn’t the same. Normally she’d have him out of this robe, naked on the bed and straddled before he’d dried himself off from the shower. Hell, she would have been with him in the shower, down on her knees…

She turned to face him. Shit. He knew instantly he wouldn’t like what she had to say.

“I think it’s time we called an end to our friends with benefits arrangement.”

Yep. Something was definitely up, and it wasn’t his dick. “Why?” What he should have asked himself was why the idea of Stella not being his friend with amazing benefits made him feel like his world was ending, but he wasn’t drunk enough to face himself.

“The view is beautiful on the balcony.” She took his hand and led him back outside. “Besides, you need to be sitting down for this. You wouldn’t believe me if I told you.”

Shielding her eyes from the setting sun, she sighed. “I blame your sister.”

“What’s Kendra got to do with this?”

“She’s happy. She and Tom… their children, Connor and Matti. They are so happy together.” She turned to him, with tears welling in her eyes. “I don’t know if I’ve ever been as content as they are, but I know I want to experience what they have. I want that someone special. Marriage and children even.”

He swallowed slowly. “Are you telling me you want the white picket fence and happy families? I thought we both agreed there was no such thing?”

“Maybe we’re wrong. Maybe if you find the right person…”

If she wasn’t looking so teary and serious, he would have laughed. Right person! Yeah, right? There was no such thing. Her movie producer father was onto wife number five or was it six, and his father… His parents didn’t share the same bedroom, let alone the same bed and hadn’t for years. God knows how he and Kendra were ever conceived.

Marcus wasn’t giving up yet. “So what? Let’s keep our arrangement on the table until the right man comes along, or at least for the wedding.” Stella would come around. She just needed a reminder of how great they were in bed.

She shook her head. “I’m serious, Marcus. No more FWB. I’m not likely to find a potential husband with the hunky guy who I have sex with hanging around.”

“Well, that’s made this wedding even more unbearable.”

Stella laughed. “Oh, please. You’ll find a replacement for me before the dinner tonight, I bet.”

He didn’t want a replacement. He wanted Stella.

“Don’t look at me like that,” she said softly.

“Like I’m the only woman in the world for you. That’s not fair, because for you it’s not true. You aren’t a one-woman kind of guy, and you’re not interested in marriage.”

She was bloody right there, but losing… it wasn’t just about losing the sex, fuckin’ fantastic as it was between them, it was the idea of losing this. The one person he could be himself with. The woman who didn’t give a shit about his celebrity status or how much money he had. The one person he could really talk to. His body grew cold even with the heavy bath robe on.

He was losing Stella, and he didn’t know what to do about it, or why it mattered so much.

He drew in a deep breath and really looked at her. She was staring at the sunset, sadness hanging over her. He didn’t want her sad. He reached out and took her delicate hand in his. They sat in silence, watching the sun go down. It was going down on their relationship and friendship. Whatever he had with Stella        would never be the same, and it tore him up inside.

In the dimming light, he stood and leaned down to kiss her cheek. “I hope you find Mr. Right, if he exists.  I want you to be happy. Life’s too short. I’m always here if you need me.” She rolled her eyes. “I’m not talking about sex, you wicked girl, but it’s always on the table. I’ll remind you in case you have forgotten, but the F in FWB stands for friends.”

She didn’t reply. What could she say that she hadn’t already said? It was over, and he hated how it made him feel. Scared. He’d always had Stella on his side since before the accident. She’d been there when he wondered if he’d ever walk again. Now he had no one.