Release Day - Attracted To The Earl 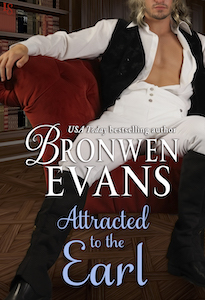 It’s finally release day for ATTRACTED TO THE EARL, book #3 in my Imperfect Lords series. And I have a competition to enter – see below.

My hero, Guy Neville, Earl of Argyle is dyslexic. A condition not understood in the Regency era.

This story is dear to me because I am slightly dyslexic and I wondered what my life would have been like in the Regency era with this affliction. Not very good it would seem. This learning difficulty was misunderstood and children were labeled stupid, and often sent to asylums. I loved the idea of an ‘imbecile’ second son who could not read or write, suddenly becoming an Earl. His evil cousin, Patrick, is trying to uncover evidence to have Guy declared unfit so Patrick can be made trustee for the estate and get his hands on the money.

Patrick blackmails Abigail into becoming his spy. She arrives at Guy’s estate on the pretence of drawing the elusive Ghost Orchid. Caught between two power men, Abigail has to decide whether she can trust the man she’s falling in love with to protect not only her, but her sister too. 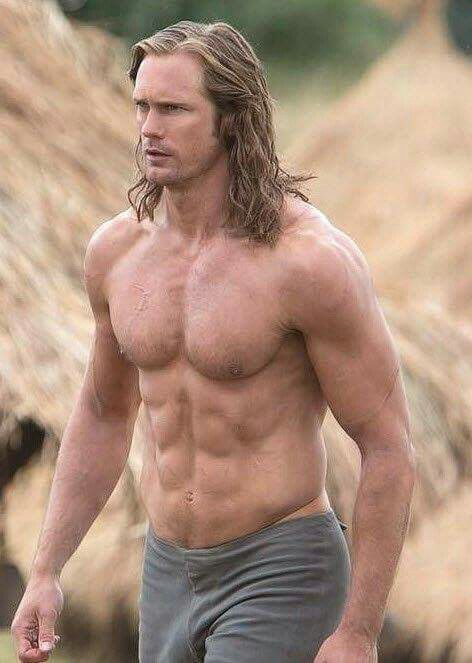 I thought I’d share my inspiration for Guy-Alexandra Skarsgard. Guy has recently come out of the army and has a body that sets any woman’s pulse skyrocketing. I fell in love with Guy because he’s flawed but also perfect, all rolled into one.

He understands what it’s like to be the underdog, the oddity, and he stands up for all those who cannot stand up for themselves. He’s full of empathy and compassion, and he has the biggest heart of any man I know. I hope you love Guy as much as I do.

Guy’s upbringing was very unpleasant but it did not beat him.

Here’s to love, the most commanding four-letter word in the world, and the power it has to heal.

5 stars – This is a touching story. Both our heroes are flawed…with challenges they had no control over. The last page made me cry…sad, but also with joy that Abigail and Guy got the ending they deserved. Bronwen at her very best.

4.5 stars – I definitely recommend this book because there are so many things to love about it. The hero is what all heroes should be – as is the heroine. I liked that both of them had been through so much, but neither was bitter nor had they lost the ability to love or trust. They were both stronger for what they endured as children and adults. Definitely, a must read. 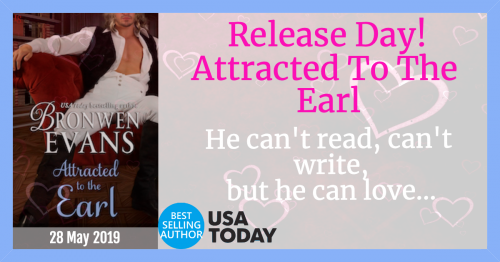 I do like the premise of this book. When you think of the difficulties faced by anyone with any type of learning disability it is disheartening. Thanks for the descriptions and your insights.

FYI; Your links for the excerpt, BookBub and Amazon author page are bad. I had to search around to find ways to those items.

She wanted to draw Ghost Orchid.

The elusive Ghost Orchid. Would love to see it if it actually exists!

She wants to draw the Ghost Orchid:)

Omg, hahaha! I just saw a ghost orchid. Freaking hilarious looking! I wish I could post a picture on here. Looks a lot like the underside of a frog.

Really, you saw one? Fantastic. I’ve read they sometimes don’t flower for up to 10 years….

She wants to draw the ghost orchid which rarely flowers

She wanted to draw a Ghost Orchid. Love your books. Will be reading this one soon. Thanks.

She was supposed to draw the Ghost orchid.

That’s so nice to hear. I bet it’s a lot hotter in Texas today than it is here in NZ winter.

She wants find the Ghost Orchid and be the first to draw it.

Ghost Orchid. Thank you for this chance!

Abigail wants draw the elusive Ghost Orchid and goes to Guy’s estate on that pretense.

Congratulations on today’s release of Attracted to the Earl, Bronwen! I’m so excited! I timed reading the first 2 books perfectly! I finished Drawn to the Marquess last night and Attracted to the Earl was right there on my Kindle (app) waiting for me. Of course, I had to read a chapter or 5 in celebration. . . 😉

Gosh, thank you. That’s a lot of reading but I love my Imperfect heroes, but then I’m bias.

The Ghost Orchid. Thanks for the chance.

She wants to draw the Ghost Orchid

A Ghost Orchid; touching premise in which both are wounded souls.

Yes, he was so easy to write as I suffer too

She wants to draw the Ghost Orchid.

Can I get the inspiration picture too? Sigh. So excited for the book. I have read a novel where the heroine has the same issue and it was wonderful.

LOL – he is very inspirational.

Ghost Orchid. I read the first two books in this series and loved them. Thank you

Oh, that is nice to hear, thank you.

Ghost Orchid. I did all but tweet on your Rafflecopter. I don’t use twitter…He sounds like my kind of hero. Thanks for the chance and best wishes with your release <3