This is book #1 in my new contemporary Drive Me Wild series.

Injured former Formula One racing car driver Marcus Black, opens Bad Boys Auto, with his old racing team head mechanic Thomas Lorde (Tom), employing ten mechanics in all. European luxury cars get them excited, Ferrari, Maserati, Porsche, just as Prada, Gucci, Chanel do for women. The men who work for Bad Boys Auto, feel the need for speed. Their lives are lived in the fast lane – fast cars and fast women. None of these men are interested in living life in the slow lane, especially the slow lane to love.

Read an except here… 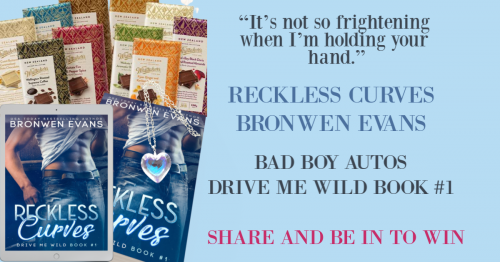 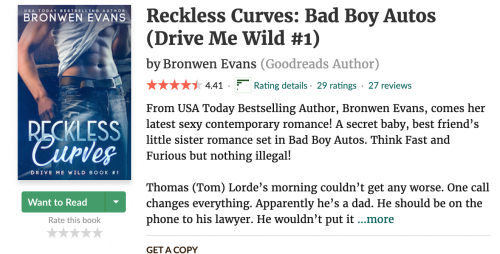 Leave a comment below to receive an extra bonus entry. Tell me why you want to read RECKLESS CURVES…

Great dynamics between the characters! Can they do what’s best for their son and find their happily-ever-after? Sounds good!

I have read and kept all your Regency books, but I have never read your other genres. This book intrigues me.

A story about a mechanic sounds very interesting.

I read your historical only so far. This would be a first contemporary from you for me and I already preordered but now I am curious about the extra!

Because you wrote it, I am all in to read it!

Hmm. Sounds like a fun read. Especially when you got a bad boy about to fall in love!

I have read some of your historicals, but not any contemporary romances. This is an interesting new direction.

I like the trope of the secret baby story line. It’s always good to see parents together.

The cover entices me to want to read your book.

I appreciate that he KNOWS she wouldn’t lie about him being a father – even if he doesn’t want a relationship with her, he trusts her.

I love your historical romances and this sounds great, too.