A study completed in Switzerland has learned that the male body part most women stare at the longest is…..no, get your mind out of the gutter—it’s a man’s stomach. I know, I would have thought biceps, pecs, or something sweet like their eyes.

Doctors from Geneva University Hospitals asked male and female volunteers to look at 120 photographs of people in swimsuits – and to rate those of the opposite sex for sexual desire.

The research found that both sexes spent longer looking at the body than at the face.

But women looked at the abdomens of the men more extensively than the chest or pectoral region, which was in turn viewed more than the genital area. Females also homed in on the abdomen longer and more frequently than males.

You can probably guess what area the men stared at the most—yip, the chest area.

Scientists are suggesting that the male abdomen may be a visible marker of testosterone levels. They think that large amounts of belly fat may be linked to low levels of the hormone, which may be 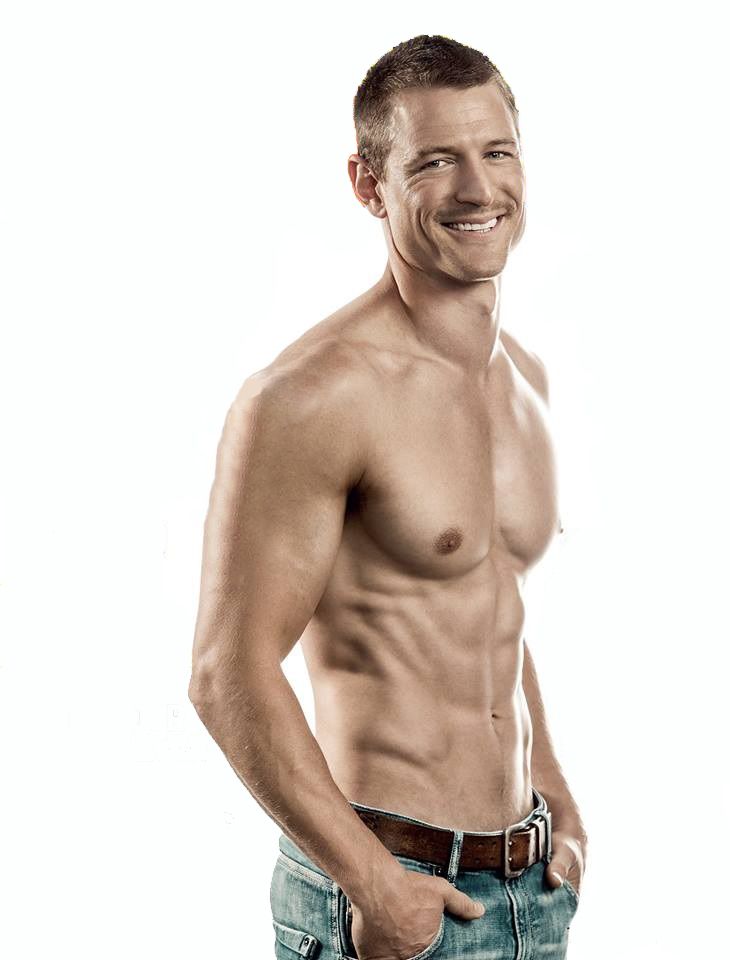 associated with a reduced sex drive.

Do you think we know that when we check out a hot guy?

I must admit that a man’s smile, especially if he has nice, kind eyes is a turn on for me, but I’m sure I’d do a double take if Mr. Ripped and Muscled cruised by.

Sigh, that’s why I’m very partial to Philip Winchester. He has a kill me smile coupled with a hot body.

I have to say it’s very rare for us to mix with shirtless men every day of the week, so I’m suspecting it’s the eyes or smile that we are attracted to most of the time. What attracts you to a man? Who is your latest hottie?

Interesting study. I like eyes and smiles. Give me a shirtless man, and I like to see some chest hair. I love to look at Pierce Brosnan (then and now), Chris Hemsworth (those eyes), Aidan Turner, to name a few.

LOL! I love this Bronwen. Where the men shirtless for the study?