Excerpt : The Seduction Of Lord Sin 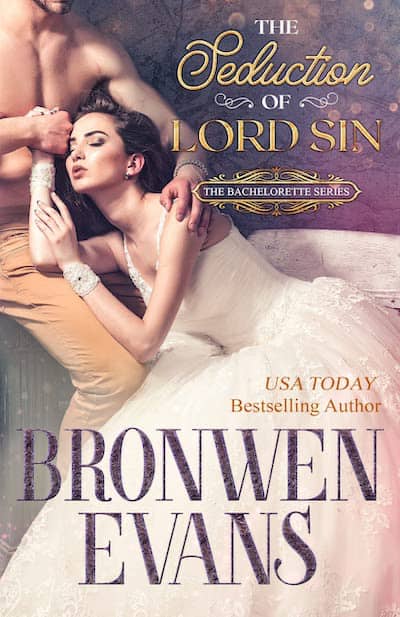 Sin caught Lady Charlotte before she hit the ground. He scooped her into his arms. Although very tall for a woman she was fine boned and slender and much lighter than he’d expected. She also curved in all the right places if his hands were not mistaken. He stood looking down at her face and wished her eyes would open. Her lovely ocean blue eyes were quite captivating.

He hadn’t really wanted to attend this house party all the way down in Cornwall, but Devlin’s insistence intrigued him. His best friend had called on a favor Sin owed him, and so he had come south from London. Now, having met the hostess, he was glad he had come. While not a traditional beauty, he was immediately attracted to the striking woman with captivating laughing eyes. Eyes that held all manner of emotions, mostly she looked sad. He understood that emotion very well.

For some reason the widowed Lady Charlotte made him want to make those beautiful eyes smile again.

He stood holding her in his arms and cursed. There was no way she could ride her horse home. She would have to ride with him but how to get her on his horse without dropping her. She didn’t seem to be stirring and that alone worried him. If she’d hit her head on the rock like ground… He spied a fallen tree over yonder and whistling for Hercules he strode over and with Charlotte in his arms he managed to clamber on the horse’s back while steadying her in his arms.

Sin suspected Charlotte would not be too happy to leave Sir Galahad behind, and it wasn’t difficult to approach the grazing gelding and tie the reins to his saddle. With that, Sin set off for the slow walk to Ivy Close leading Sir Galahad behind him.

Soon he wished he’d paid more attention to Devlin’s instructions. He was surprised Charlotte had not aroused from her faint, but it looked as though she had fallen asleep because her hands clutched the lapels of his jacket and she was snoring softly.

The realization that Sin was lost didn’t take too long to hit. He resigned himself to stop and ask for directions at the next cottage, when he saw several riders heading his way. Seeing Devlin in the lead chased away his unease.

Genuine concern filled Devlin’s face as he pulled his steed to a walk beside him.

“A snake spooked her horse, and she fell. Nothing is broken, but I’m worried she’s hit her head, as she has fainted in my arms.”

Just then, Lady Charlotte stirred. She wiggled and snuggled closer on a very contented sigh and his body’s manly urges, which he had ruthlessly been suppressing given the warm, soft, feminine curves, sitting in his lap, gave in to the desire the woman in his arms provoked.

It took her mere moments to feel his hardness pressing against her bottom, and her eyes flew open on a gasp. Their gazes locked and held. Then she smiled and the usual sensual thrill filled him. Perhaps this trip to Cornwall was not a complete waste.

Sin loved the way her face flushed with color like a young, virginal miss. “Lord Devlin, what are you doing here? I thought you would have won your race with His Grace by now.”

“I have, Lottie. But the grooms became concerned when you had not returned from your morning ride.”

Lottie! The use of a familiar name sent a spear of jealousy into his body, and that annoyed him even more. He didn’t get jealous. Jealousy meant he cared and he would never ‘care’ for a woman other than in the pursuit of his heir. Once was enough. He’d not risk his heart again.

Sin had forgotten that Devlin and Lady Charlotte knew each other well. Why had he never met her before?

She pressed off Sin’s chest and he held back a groan at her touch. Her voice sounded like a bird in song. “You should be on a white charger, Lord Devlin, to come to my rescue. Just teasing. Thank you, but I am in safe hands.”

Devlin flashed a look at Sin and scowled. “I’m not sure about that. I suspect His Grace is lost.”

She looked at Sin. Her stunning eyes sparkled with humor. “He could have woken me to learn how to reach Ivy Close. I wonder if he is not enjoying this ride a little too much.”

He relished her flirtation. There was no ‘wonder’ about it, and she could feel the evidence of that. He couldn’t help the smile that broke over his lips. Out of the corner of his eye, he noted Devlin shake his head. “Well, let’s get you home and have you looked at properly.”

“I would like that. And a hot bath. Lead on Lord Devlin.” With that, she promptly settled back against his chest and closed her eyes again.

Sin glanced up and noted Devlin’s frown. He merely shrugged and silently mouthed, ‘you invited me, remember?’

It wasn’t until they were walking up the treelined drive of what must be Ivy Close that Sin thought about Devlin’s frown and obvious silent disapproval of his flirtation with their hostess. Realization made Sin want to hit himself in the face.

He glanced across at his best friend, and his heart sank at the look of desolate resolution on his face. Sin had to keep reminding himself that the house party they were heading to was a lark for him. Another amusement to chase away his ghosts. His cravat tightened around his throat as the painful memories engulfed him.

However, for Devlin, this was doing his duty. He was heading to a wealthy widow’s house party hoping to meet a wealthy lady to be the savior of his family’s crumbling, bankrupt estate. No wonder he wanted Sin along for support.

He was a terrible friend. Here he was flirting with one woman who could save Devlin’s family and estates. She was a widow and wealthy, to boot. Perhaps Devlin didn’t care about what other ladies might be present. Lady Charlotte would fit his needs.

The late Lord Clayton must have loved Lady Charlotte very much to leave her with such a wealthy bequeath. Marriage to Lady Charlotte would be the answer to Devlin’s prayers.

The idea of a dalliance with his lovely hostess withered along with his erection. Devlin needed this woman more than he did.

There would be other lovely ladies in attendance to dally with. He let disappointment flood him. The woman in his arms fired his blood.

He wanted her. That should have been enough to make him weary. He’d not lose his heart again to any woman. He needed a wife, but not one that stirred him.

Why had he accepted Devlin’s invitation? Should he stay?

Warms curves stirred in his arms and she looked up at him through half closed eyelashes and smiled. Any thought of leaving took flight, along with his concern for his friend.

And he hated that.

Return to The Seduction of Lord Sin 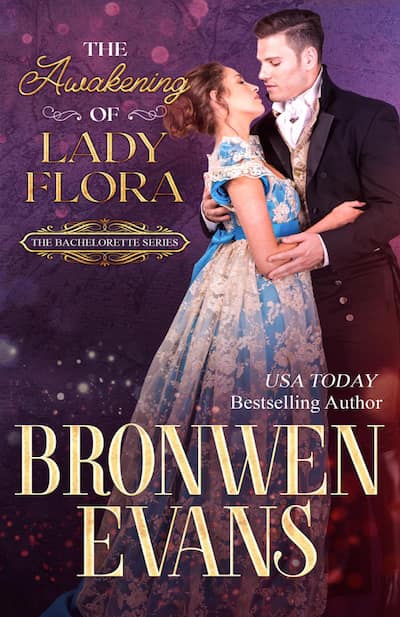 The Awakening of Lady FloraBook 1

The Seduction of Lord SinBook 2 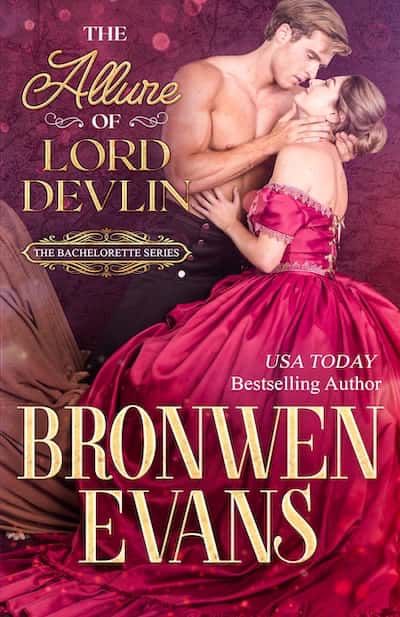