The Allure Of Lord Devlin 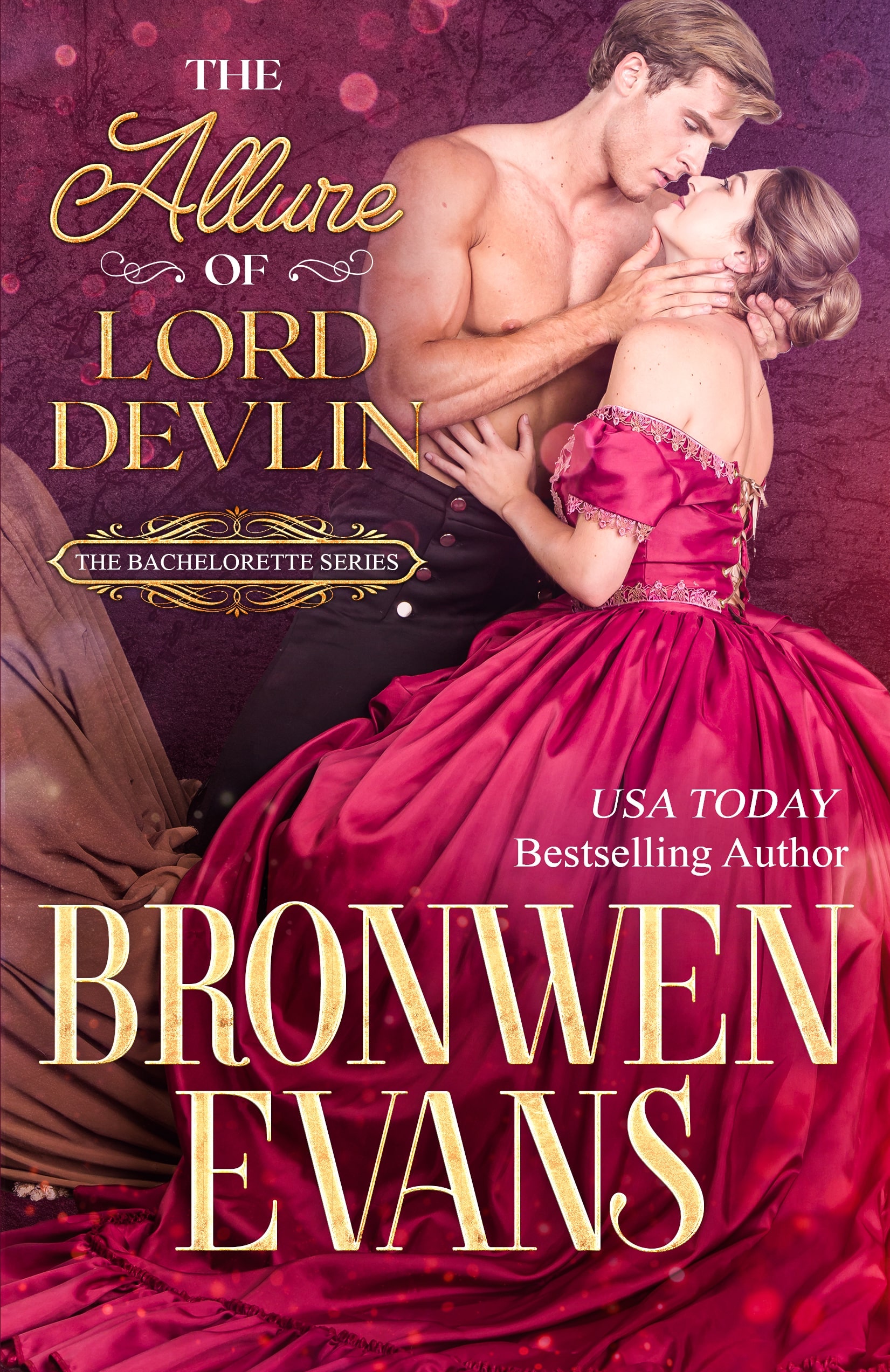 Unlike her stepmother, Lady Dharma Dexter totally believes in love. She knows all Lord Byron’s poems by heart and is waiting for the day when the man of her dreams woos her with sonnets. At her stepmother’s bachelorette house party she meets the obnoxious, yet stunningly handsome, Warwick Sneddon, the Marquis of Devlin, a man who is there because he is in desperate need of money. For some reason he ignores her stepmother and sets his sights on her. Dharma does have a very large dowry, but she is not giving it to any man until he wins her heart. She is not marrying for duty, or for a title. She wants love and she’s sure Devil, as he is known, does not have a heart.

Lord Devlin’s father left the family estates in ruins, and when Devil, as he is known to his friends, came into his title six months ago, his mother begged him to marry quickly, and marry well. Only problem is, his father died with the rumor of traitor hanging over his head. No good family will let him near their daughters. With debtors prison a real possibility, fate throws him a bone in the guise of the very spoilt Lady Dharma. She’s beautiful beyond words, clever, self-assured, and would make him a fine Countess—except she demands the one thing he refuses to give—his heart.