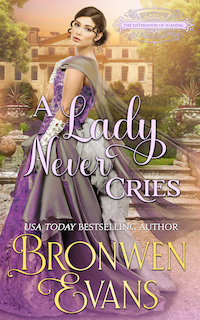 He’s back from the dead…

Lady Courtney Montague has resigned herself to living the life of a spinster. After five years mourning the loss of her beloved fiancé, Lord Lucien Cavanaugh, Viscount Furoe, missing in the aftermath of the Irish Rebellion, she has locked her heart firmly away. His ghostly memory keeps her soul warm. . . until the fateful day Lucien returns from Ireland. Her dreams of a happy reunion are dashed to pieces when she learns he has no memories of his previous life as the young viscount, including their engagement, and he has returned a widower with a two-year-old daughter in tow.

He can’t remember her but…

Lord Lucien Cavanaugh is happy to put the pain of his life in Ireland behind him. He owes everything to a man he can’t remember, Lord Rockwell Ware for bringing him home. Though he has no memory of this life, or his father and sister, he’s determined to save the family from the ruin his father’s gambling is leading them to. Marriage to a well dowered young lady would be sensible, given he also has a daughter. It appears obvious to him that his previous fiancé would be the best option, but to his disbelief she’ll only marry the man she still loves, only how can he make her understand, that man no longer exists.