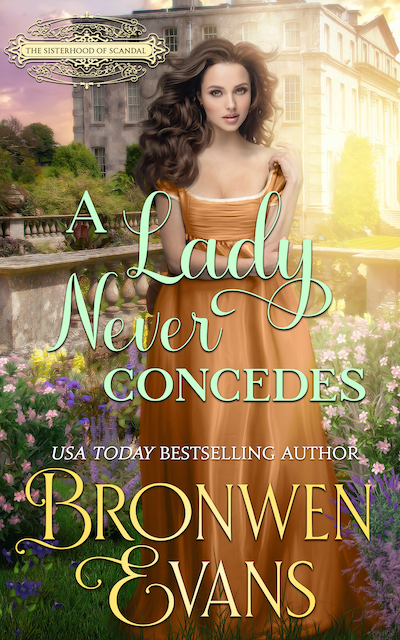 Of all the ways Lord Julian Montague imagined ending up lying next to Miss Serena Fancot, it was not in the cramped roof space of the House of Lords, so she could listen through the ventilation shaft to the proceedings below.

Julian’s father, the Marquess of Lorne, was in the chamber arguing for the bill, which made Julian very proud. As an elected member of parliament, Julian had also supported the anti-trade slaving bill in the lower house.

Thankfully, it had also made Serena a constant visitor to their London town house. His father was very patient with her, namely because he knew that Julian, his second son, was madly in love with their beautiful next-door neighbor, and had been since they were children.

His father suggested Julian simply tell Serena how he felt, but that was a step too far. Not yet. He felt certain that Serena wasn’t ready for marriage yet, but when she was, Julian was determined to be first in line.

Given he’d been indulging Serena ever since she’d thrown mud at him when they were five years of age, he’d continued that practice today, by supporting her urgent need to be the first to learn if the anti-slave trading bill would pass its final reading in the House of Lords.

“Do stop wriggling, Julian,” she whispered sharply. “I can hardly hear Lord Grenville. I wish he’d speak up.”

With a breath of indignation he hissed, “Wriggling? Pot. Kettle. Black. Your foot is kicking my leg.”

She lightly kicked him again. “Sometimes I wonder if you really understand my dreams.”

“How can I not? You’ve told me almost every day since you were a young girl that you wanted to enter politics.” Julian inwardly grimaced. He understood he was living the dream she craved. He was an honored member of parliament and it irked him that Serena’s dream, of women in politics, would never happen—not in his lifetime, anyway. Even his father would not indulge that thinking.

She rolled over onto her back, for once the talk below forgotten. “Sometimes, I don’t know how you put up with me. Even my brother thinks I’m mad. But I have good ideas. Some of my ideas even your father has supported. If only I had a voice.”

“No. I want my ideas to be taken seriously, and to get society thinking and commenting.”

“Mr. John Walter, the editor of the Times, he pushes for the truth to be heard. Didn’t he express his opposition to the administration of William Pitt the Younger and look at what happened to him?” stated Julian quietly.

She sighed. “Yes. Father was livid with the Times. Swore he’d never buy it again, but he does. It cost Walter his government advertisements and he lost his appointment as printer to the Customs, but he is still in business and still printing the truth no matter what. That’s what I’d like to do.”

“Even Mr. Walter might object to a lady writing for his paper.”

Her sigh, which resonated with defeat, made him long to pull her into his arms and tell her he would listen and follow her until they both left this world, but he just knew those thoughts would be rejected. “You can share your ideas with me and I can help you find a voice.”

She rolled to face him, her beautiful face smiling, her emerald eyes twinkling, and he barely stopped himself from leaning forward and kissing those succulent lips. Lips he had dreamed about more frequently over the past year. She was a woman sent to tempt and exasperate him in equal measure. Julian was thankful for the exasperation, as it kept her suitors to a small, manageable number. Less competition for him.

“What if you and I don’t agree? I want my voice to be heard.”

“One day perhaps women will have a voice, but you know what will happen to you if you go down this path. Society will ostracize you. Think of your brother. As a Viscount he doesn’t have enough status to protect you. And then there is your sister, Valora. You’ll ruin her chances of a good marriage, too.” At her raised eyebrows, he added, “I know you don’t see marriage as an enticing institution, but Valora does. You’d regret harming her dream, wouldn’t you?”

“Yes. Bother it. Valora is desperate to marry, but she’ll only consider one man, Lord Marlowe. And as we both know, he is most definitely not the marrying kind.”

“All men have to marry at some point, and Lord Marlowe needs an heir.”

“Will you marry?” She asked, as if that thought had never occurred to her.

“Of course. In fact, the Prime Minister has been making hints I should marry soon. It’s not the done thing to have bachelor politicians. He likes the respectable family look.”

That got her attention. She sat up and bit her bottom lip. How Julian wished it was his lip her dainty teeth were biting. Serena asked, “If you marry, will we still be friends? I suspect a wife would not like you spending private time alone with me—like we are now.”

Before he could reply that he’d only marry her, there was much clapping and hear, hear noises from below. They both looked down and saw Lord Grenville waving his arms in victory.

Return to A Lady Never Concedes 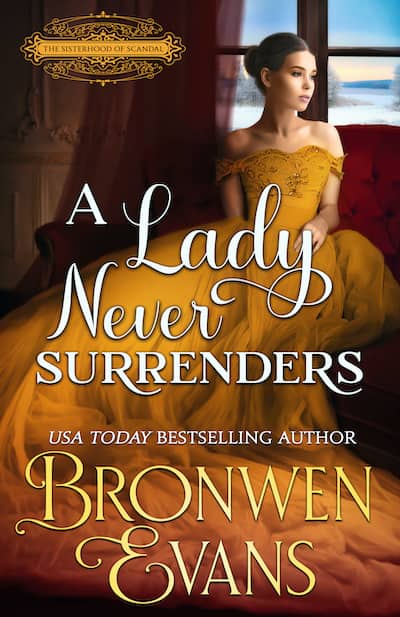 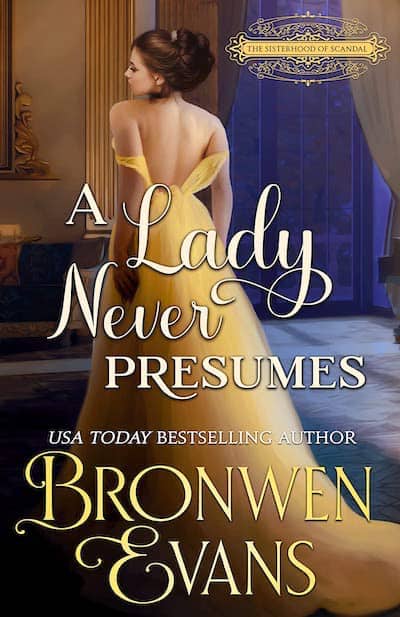 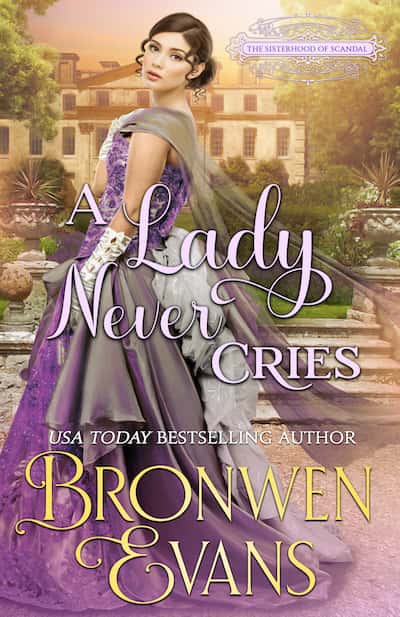 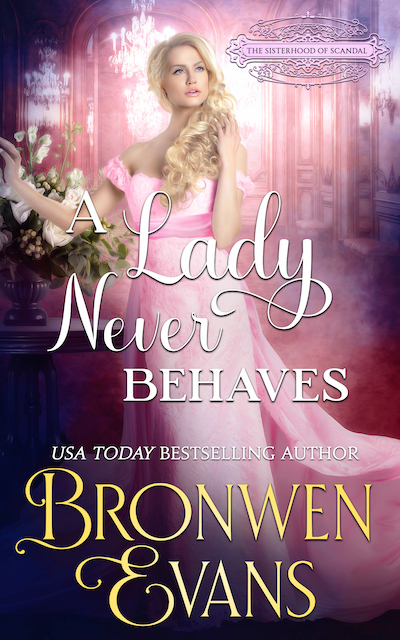 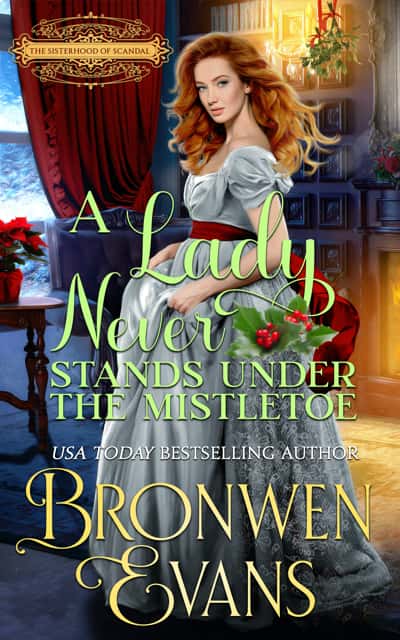 A Lady Never Stands (Under The Mistletoe)Book 6 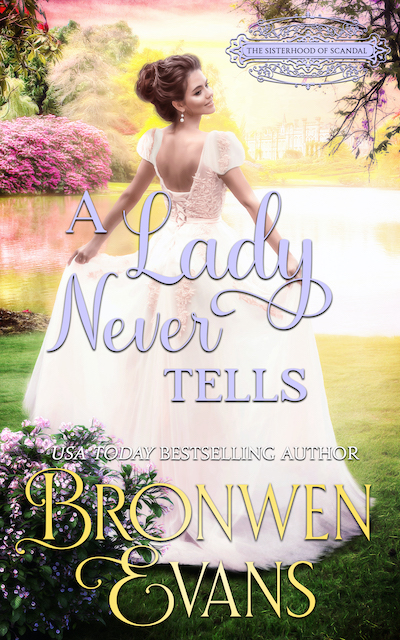 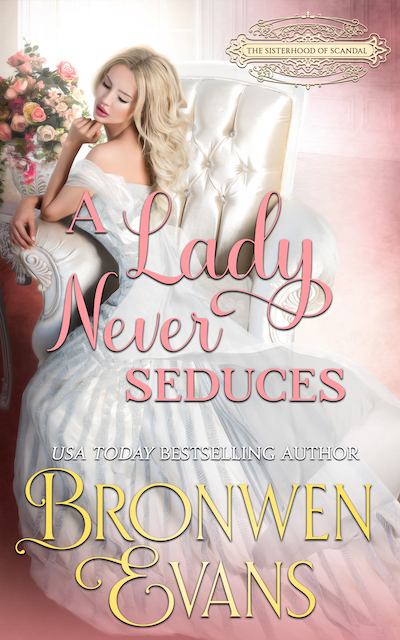