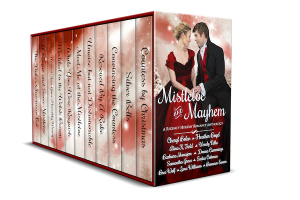 « Return to Mistletoe and Mayhem: A Regency Holiday Romance Anthology