Excerpt: Drawn to the Marquess 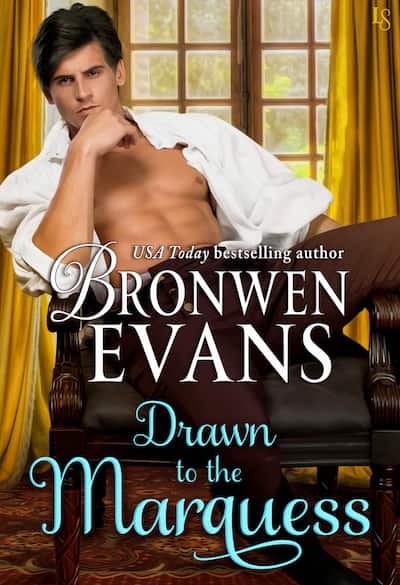 “Lord Clevedon, my lady,” Digby announced before retiring and leaving the door open.

His lordship entered the room as if he was visiting a close relative and was assured of his welcome.
He approached and bowed low over her hand, and the rioting in her stomach grew worse. It was not caused by the handsome face smiling down at her, but at the audacity of her plan.

Her back stiffened and she stayed seated. Her eyes traveled up the length of him, and like a mouse eyeing the cheese in the trap, she sighed, the conversation to come was not a good idea.

“Lady Penelope Fisherton, thank you for receiving me. I realize we have not been formally introduced but you left the auction so quickly the other day, proper introductions were not completed.”

How like a man to ignore society’s rules and make it sound as if it was her fault.

“I must admit, my lord, I’m surprised at your visit. You won the painting so it cannot be about that.”
“May I?” he asked, indicating a chair.

“Of course, please sit. Digby, some tea for his lordship or perhaps you’d prefer a glass of brandy?” Brandy for the dandy her mother always used to say. Lord Clevedon did not look like a dandy. She shivered. He looked—it did not matter how he looked, and she pulled the summoning bell harder than necessary.

He sat in one smooth, gliding motion, like a sleek black panther prowling the undergrowth. His long legs, showcased in tight trousers and polished Hessians, made the chair look tiny. He touched his perfectly starched white cravat. Was he nervous? Her confidence surged.

Her mother had also told her never to show surprise. “Should I be flattered that you have tracked me down? I wonder what brings you to my door. Let me just say up front that I’m not looking for any kind of dalliance if you have found out about my scandalous past. I assure you it will never be repeated.”

He laughed and it sent a shiver over her skin. The sound brushed the fine hairs on her arms like a whisper. “Scandalous past? Hardly.” He looked her right in the eyes, holding her gaze. “I’m sure compared to my reputation the Pope would confuse you with a nun.”

Why did he have to be honest? In her experience most men bent on seduction did not broadcast their sordid reputations. A thought stuck. Lord Clevedon had not been in England eight years ago when she’d made the biggest mistake of her life; perhaps he had not heard of her scandalous past.

She paused drinking her tea sure he would note her shaking hands. Eyes that were framed with thick, dark lashes making the brown look almost black in color studied her intently. She wanted to shake her head to clear the vision of male beauty before her, but didn’t dare show any weakness.

Surely, he must have heard about her past because she had heard all about his from her one true friend, Lady Charlotte. If he had learned where she stayed while in London, he would also have been told her sorry, scandal-ridden tale.

Charlotte had shared the scandalous tales of Lord Clevedon’s life with her when they were making a list of men Penelope could approach. Charlotte also knew he was one of only a handful of men who had the skills and affront to help her.

She picked up her teacup, her mind locked steady. “Then perhaps you could share the reason for your visit.”

He gave her a smile that would melt snow, and probably most women’s hearts. “I’m here to gift you the painting.”

Excitement burst deep within her. This was her chance. “There are only two problems with your kind offer.” She put her teacup down again and tried to steady her shaking hands. “One, men bearing gifts to a woman such as me are looking for something in return, usually me in their beds, and that will never happen. Two”—and she sat back in her chair for this—“I don’t want the painting. I never did. Why would I need a painting of a sunrise when I see the most glorious sunrise from my bedchamber window every morning?”

The look of confusion that momentarily flashed across his handsome face was priceless. He sat up and uncrossed his long limbs. “Then why did you bid on it?”

She hesitated, her bravery vanishing like a fog as the sun rose. Finally, she gave herself a bit of a shake and uttered the words that would change everything. “Because I knew you wanted it.”

His mouth fell open before he quickly closed it. Eyes narrowing, he leaned forward, “And why was that important?”

She shrugged, trying to portray an air of nonchalance. “I needed something you wanted. Unfortunately, you seemed prepared to pay an exorbitant sum for the painting. I suspect you would have kept bidding regardless of the price. Why did you want the painting so badly?”

“It is beautiful, is it not? The way Wilson captured the sunrise.”

“I suppose, but it cannot compete with a real sunrise.”

“Can it not? Whoever owns the painting can view a spectacular sunrise every minute of the day. I can see it at night long after the real sunrise has died.”

How odd. “If one sees something on a continuous basis one often ends up taking it for granted. I love the idea that I have to take the time to admire the sunrise before it is gone.”

“Perhaps I’m greedy. I want to surround myself with beauty every minute of the day. Pulchritudo latet in omnibus.”

She had never learned Latin. “What does that mean?”

“Beauty lies in all things.”

She wanted to argue but understood it would be pointless. She suspected a young chimney sweep did not view the soot clinging to his clothes, hair, and skin as beauty. “Still, your pursuit of the painting means I have nothing I can use. I have nothing you want.”

He flopped back in his chair, the rakish smile back on his face. He gave a deep chuckle. “My lady, you most definitely have something I want.” His eyes indecently traveled over her as she sat in her chair pretending his presence did not fire up her body in ways she’d hoped would never be fired up again.

Return to Drawn To The Marquess 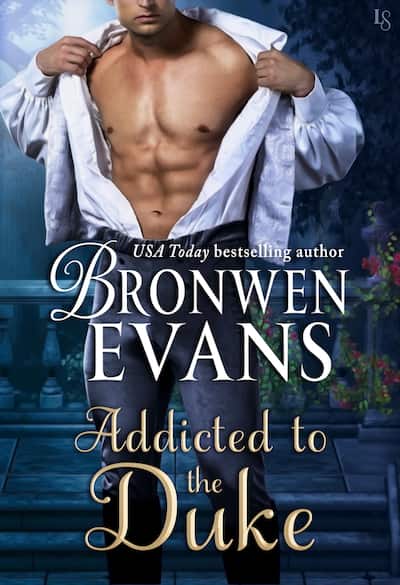 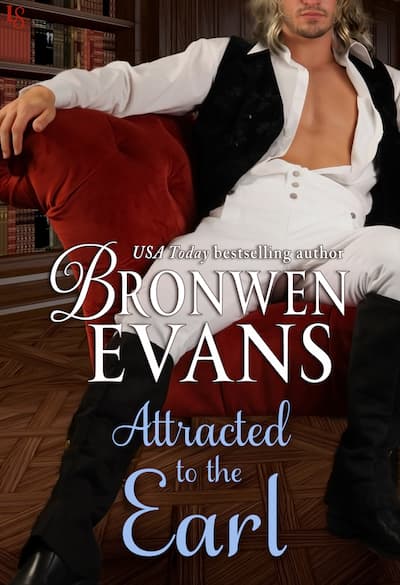