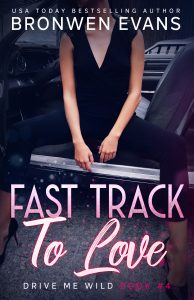 NZ Hotelier Kara O’Regan hates the silly season. Growing up she’d wanted to find that special person and settle down, having the big family she’d never had. But life sucks. Four years ago on Christmas Day, when her fiancé learned she couldn’t have children, he walked out taking her heart and future with him. She won’t risk another relationship, so now it’s wham bam, thank you man, and she’s gone. So when sexy as hell, American Jake Sullivan breezes into town, she knows he’d be perfect to help chase away the festive blues.

Jake (Sully) Sullivan avoids Christmas. Estranged from his ex-wife and children many years ago through being an alcoholic asshole, the festive season is pointless. So eight days before Christmas when his boss asks him to go check out a vintage Jaguar, he jumps at the chance.  A couple of weeks of down under sun, sex, and vintage cars sounds idyllic until he meets beautiful, bitter, and sad Kara O’Regan. He’s been there and recognizes the scars. Now all he wants to do is help Kara open her heart and find a new future—only he’d never imagined it could be with him…

Fast Track To Love This Christmas
By Bronwen Evans

Bronwen Evans is a USA Today Bestselling Author who lives in New Zealand with her Cavoodles Brandy and Duke. She’s set this Christmas romance in her home town of Havelock North, a hero for her heroine, but he’s a visitor from the USA… Bron hopes a hero like Sully comes calling soon…

Kara turned and dangled the keys to the Jaguar in her fingers. “She’s in good working order, but she’s, as you say, vintage. But then you’re a mechanic should she get temperamental.”

“I can handle temperamental,” and he moved closer.

He moved closer again. “This lunch tomorrow. Shall I pick you up in the Jag? If so what time? And is it casual?”

She swallowed back the desire to run her hand down the muscled chest that was only inches from her. “It’s at a winery, outdoors, so it will be hot. A hat and smart casual will do. It’s in aid of a charity that raises money for a primary school lunch programme for the lower decile schools in Hawke’s Bay.”

“That sounds like a good cause. Is primary school little kids? Elementary school we call it in the States. I didn’t know NZ had such poverty.”

“Most countries do, don’t they? Primary school is from five until about ten years of age. How can we expect kids to sit and learn when they’re starving. And if they don’t learn we can’t defeat the poverty cycle.”

He reached out and ran a finger down her cheek. “It sounds like you’re quite passionate about this. It’s a fabulous cause. Anything that can help kids rise out of poverty gets my vote.”

She shivered at his touch. This man was turning her insides out with just a smile. Slow down, girl. Don’t go getting real feelings for this man. He’s not a keeper. “I’m on the charity board.” She didn’t mention the charity was her baby. She’d built it up from nothing with a group of deep pocketed and time rich likeminded people. “Yeah, I am completely passionate about this. Loads of kids didn’t have the fortunate upbringing I had, and I want to help even the score.” Her ex had said she was wasting her time. She would prove him wrong.

“The world needs more people like you.” The warmth in his eyes made her bottom lip tremble. “What time shall I pick you up outside the hotel? Or do you live elsewhere?”

“I live on the top floor of the hotel, the opposite end to your suite. So let’s say 11.30am as I need to be there by 12pm and it’s about a twenty-minute drive.” She really should move away from the car but her feet wouldn’t step away from him. Finally, she said keeping her voice light, “Have a good day. Remember to drive on the left,” and she skipped round him and headed back to the elevator. Once again she could feel his eyes following her every step.

For one fleeting moment she wished Sully wasn’t stirring her senses so much. He was the first man in a long time who affected her this much. She was beginning to hate the fact he would be leaving and that was dangerous. Why did she always fall for the wrong men?

Fall? Nope. No way. Never. Fun was what she wanted.