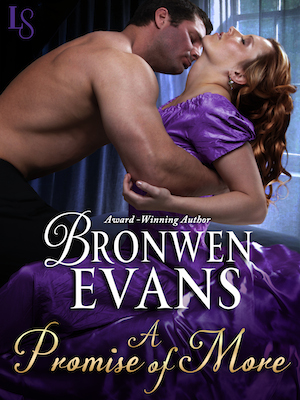 I love a good sale, who doesn’t? A PROMISE OF MORE – book #2 in my Disgraced Lords series is available for $1.99 for a limited time.

When Beatrice Hennessey sets out to confront Lord Coldhurst, the notorious rogue who killed her brother in a duel, her intent is to save her family from destitution. She’s determined to blackmail the man into a loveless marriage. She’ll make the wealthy Lord Coldhurst pay for the rest of his life. But while greeting his ship, Beatrice takes a tumble into the Thames—only to be fished out by a pair of strong masculine arms that tempt her to stay locked in their heated embrace forever. That is, until she realizes those arms belong to Sebastian Hawkestone, Lord Coldhurst himself.

The little drowned mermaid has an interesting proposition indeed; one that Sebastian is surprised to find quite agreeable. Although he’s had women more beautiful, she is pleasing to the eye, and besides, it’s time he fathered an heir. Beatrice promises to be the ideal wife; a woman who hates him with an all-consuming passion is far too sensible to expect romance. However, it isn’t long before Sebastian’s plan for a marriage of convenience unravels, and he’s caught up in the exhilarating undertow of seduction.

Chin high Beatrice marched toward the gangplank politely weaving through the other ‘ladies’. But as she stepped onto the gangway a rough hand grabbed her shoulder and pulled her back.

“Just where the hell do you think you’re going.” The underdressed and therefore probably appropriately dressed prostitute looked her up and down, “No female is’llowed on board unless invited by the captain.”

Beatrice removed the woman’s grimy hand from her now dirt smeared shoulder and said, “Unlike you,” Beatrice hesitated, deciding to be both honest and polite, “ladies, I have important business with one of the passengers.”

The prostitute laughed out loud, nodding to the women behind her. “I’ve seen you waiting. You’re not expected. We’ve all got important business with them on board. You don’t get no special treatment. Get back in line.” And she pushed Beatrice backward into the now angry flock of screeching women.

The other women were far from gentle as they continued to push her away from the gangplank. The last woman in the group gave her an almighty shove and Beatrice ended up on her backside on the filthy dock, still tightly clutching her shawl.

She sat stunned for half a breath. Then anger surged through her as she clambered to her feet and jaw set, began pushing her way back through the mele of chattering and cursing women.

Finally, once more at the foot of the gangplank, she tapped her original assailant on the shoulder. The woman turned around. “My business,” Beatrice said before she could more than open her mouth, “is not your type of business, we are not in competition.”

The woman gave an ugly laugh. “Pah. I know who came in on that ship, his lordship. And when a man’s been at sea for a few weeks he ain’t fussy about the quality of the goods. So piss off, and wait your turn.”

This time the violent shove wasn’t backward. It sent Beatrice sideways. She tried to steady herself, clawing the air, but it was too late. She tripped over a loose plank and pitched forward, arms flailing, over the side of the dock and into the water. Her scream ended as water filled her mouth.

She sunk like a cannon ball, the freezing water soaking into her many layers of clothing, and the weight pulled her under. Pulled her down. She tried to kick her legs, stretching toward the murky sunlight above. Her lungs tightened to bursting point and soon black spots began to swarm in front of her eyes. She was going to drown. How could she die? She was all the hope her family had left. She inwardly railed at her fate. Now look what she’d done. What would become of them all without her?

A double curse on Lord Coldhurst.

The last thing she remembered was a strong, muscular arm encircling her waist, and then she was being drawn up, up, up…

“She’s coming round. Stand back and give her some air.”

Beatrice felt nothing except a bone-chilling cold. Her teeth chattered. Her eyelids were too heavy to open, but she wondered if, should she manage to pry them apart, would Doogie be there to greet her.

However, any thought of being dead vanished when a very large, very masculine hand pressed hard on her chest. Water spewed out of her mouth. Her nose. As she choked and retched, the hand simply flipped her on her side as if she were nothing more than a landed fish.

“She’ll be fine once the river she swallowed comes back up.”

Through the agonizing cramping and heaving of her stomach, the authority-saturated voice calmed her. She focused her mind away from the need to be sick and onto the man’s deep baritone voice. The sound flowed as smooth as her favorite sherry, stroking her insides, calming the rollicking within and giving her courage.

Beatrice forced her eyes to open. She blinked the blurs away. Blinked again. She was lying on her side. The hardness beneath her cheek was wood. She was on a ship. They were men’s legs, sailor’s legs, all except one pair. Those well-shaped calves covered by dripping wet stockings. Bootless. They legs obviously belonged to the refined voice she’d heard.

She moved her head slightly and blinked again, following those bootless legs up the sodden trousers to the clinging shirt, all of which delineated a body that was no stranger to exercise. Exquisite was her first thought. And then she reached his face.

Her breath caught in her throat and she was drowning once more. Not exquisite. Arresting. Arrogant. His ruthlessly handsome face was looking at her as if it were her fault she’d fallen in the Thames. Worse, his eyes held another emotion deep within, heat and lust. The grey blue of his eyes penetrated the cold, and the wickedness within seemed to warm every inch of her skin.

She quickly looked away and down her body. The sight that greeted her made her gasp and try to sit up. Her dress had been ripped open and her stays lay several feet away in tatters. Her breasts were on full display for those on deck to see.

Heat flamed in her face as she tried to pull the tattered sides of her soaking clothes together. She didn’t know where to look. No wonder he stared. No wonder he looked so….

“You tore my dress.”

“Guilty.” The deep, seductive notes of his voice mocked her. “A ‘thank you’ would suffice. I did just save your life.”

Of course he had. Blast the man.

“Oh, yes, thank you,” she mumbled, too embarrassed to look anywhere but at her feet.

“It was my pleasure. Lord Sebastian Coldhurst at your service my lady.”

Coldhurst. It would have to be Coldhurst who had saved her. He was the last man on earth to whom she wished to be indebted.

Confound it. She’d heard Lord Coldhurst was a handsome man, and the reaction of her body made it impossible to deny the truth. He was exceedingly handsome, his look dark and very dangerous. With his deep auburn-brown hair and chiseled, harsh, yet gorgeous features he would be any woman’s fantasy. Any woman’s fantasy but hers!

His sinful lips curved in a mocking smile at her obvious assessing gaze.

She held her head high. “I know who you are. If not for you I would not have been here in the first place.”

“Really, how fascinating.” He looked down at the dock below them. “I’m flattered. Such a warm welcome from lovely English lasses, although you’re in a different class to the rest of the ladies at the bottom of the gangplank.” His finely arched brows knitted together as his eyes swept over her.

Indignation momentarily robbed her of speech. Her chin lifted. “I’m not here to welcome you.”

His skeptical study made her flush even hotter. “The Captain informs me you were waiting with the other, shall we say, ladies. However, I do not believe I’ve had the pleasure…”

When she remained silent, he added, “I must admit falling into the Thames is an unique way to gain my attention. Your charms are quite adequate from what I have seen. However, I must inform you that if you are after a protector, I do not ever keep a mistress. But if you’re interested in a short interlude of immeasurable mutual pleasure, I’m all ears.”

She didn’t require the previous lung full of water to splutter. “How dare you! I am not here for your pleasure, my lord. I’m here to collect on a family debt.” At his confused frown she added, “I’m Beatrice Hennessey.” 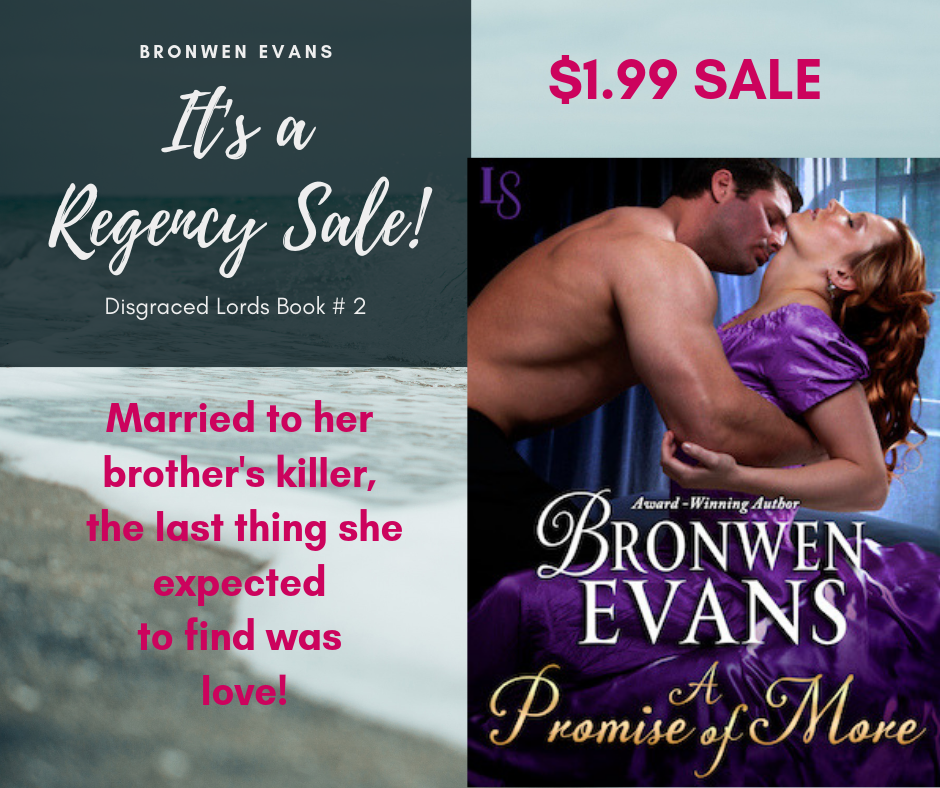